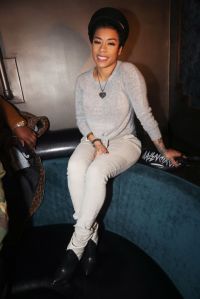 Now that the long-awaited VERZUZ battle between Ashanti and Keyshia Cole has concluded, we’re learning new details from behind the scenes. Most might have noted Cole’s demeanor as she approached the stage, but there seems to be a good reason for her late arrival according to her DJ.