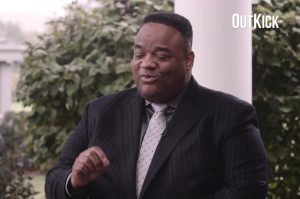 Jason Whitlock never misses an opportunity to put on his shiny tapdancing shoes and hit a little jig, and the conservative pundit is back up to his old tricks. Sitting down with the punchable Tucker Carlson, Whitlock compared the Black Lives Matter and Antifa to the Ku Klux Klan, using slick language to try to slip in the jab.

Whitlock joined Carlson’s show this past Wednesday (Jan. 20) on the evening of President Joe Biden and Vice President Kamala…